Video Metadata
Summary:
Interview on the importance of the revitalisation of Wonnarua language
Description:

I am a Guringai woman of the Wonnarua Nation. My cultural affiliation - I was born in Sydney and then we moved up to Armidale; then we lived in Singleton on Country for a couple of years. And then we moved up to Harvey Bay in Queensland. Then I came back to Sydney. So, kind of moved all over the place, but always had strong connections to Country and with close family living there, though most of my life going back there. Pretty much, most years, every couple of years at least, and having that connection there with them, and especially my great grandmother, Kathleen Miller, as well, who was there and all my cousins and stuff.

What is your relationship with the Wonnarua language?

I haven't really had much of a relationship with Wonnarua language - I don't know, many words at all. And I think that it's important now and it is so special, that we're trying to revitalise it and get more learning of it. Because I think it's a source of pride, especially with mobs that are a little bit more disconnected from Country and growing up away from Country, it gives you a bit of a connection to home, and your people and where you're from, if you can speak the language and share that with other communities and other people when they ask you who your mob are. And whenever you do sort of an acknowledgement of country or another country, and whenever referring to yourself and introducing yourself to be able to do that in language - I've seen other people be able to do that. And I think that's really special and something that I hope to be able to do, and sort of get more connected and have more relationship with my language. That's really important.

02:47
You recently travelled overseas, can you tell us about some of your experiences?

Yeah, I was away for two years overseas. And that question definitely comes up a lot where people ask you where you're from - and obviously, I say Australia, and then they say: “Yeah, but you know, why are you brown”. The responses were always really interested and intrigued to know more, a lot of people overseas don't even know of our existence, or what happened here. So it's really, it was really cool to have those conversations abroad with people who really don't know anything and to share that with them. And it would come up that the question of language and whether I can speak my own language, and then of course, that will lead to broader conversations about why we can't and why it's a bit of a struggle for a lot of mob around Australia, and why they don't have that knowledge of language. And so, to start and be a part of that, bringing it back into teaching more of our young people and old, like all of all of us, if they travel abroad and have these questions, they can share the language with not only people here but abroad. And people are interested and it's really special to be able to share that with other people in other countries, especially in non-English speaking countries as well. Where they are so connected to have a pride with their language that hasn't been dominated by English or wiped out by English like so many others. And they still, you can sense that pride in, in having a connection in that way. And they can speak to each other and share their stories in their own language that has been, you know, a part of their culture for so long. So, it's almost like there’s a similarity there. Because so many countries in Europe are so different from each other. it's a similar thing with here and our different countries and our different mobs, languages and, and they're just as diverse. And when you explain that overseas, it's kind of, like a bit mind blowing for them. They're like...It's a bit hard to understand that, that's fine. Yeah.

What has been the impact of the revitalisation of the Wonnarua language on you and your family?

I haven't, I haven't spoken much about it with my family, to be honest. Like my immediate family, obviously, the broader family, like with Laurie and Jade, and all of them, they're all sort of more a part of it. And mums’ been a part of it as well. But um, yeah, I haven't talked to them about the direct impact that is having currently, but I think that will, it will definitely have an impact in we've talked about, you know, kind of the things that I've already mentioned about having that connection, and that pride in where you're from, and be able to, to share that and just feeling more connected. And then, especially with the younger generation, like my little sister, she's only seven, she'll have access to so much more knowledge, and it'll be so much easier for her whether she goes overseas, or whether she stays or wherever she is, she'll have a stronger connection, and yeah, no sort of knowledge that her fingertips like, you know, easily accessible for her. So I think that's, that's going to have a huge impact on the next generation.

06:50
Why do you think language is important?

It's just important for a sense of identity, being strong in your identity. Because those gaps in knowledge of who you are can, sometimes... It's sort of how - I can't explain it, I hope into words - I think knowledge of language fills a bit of that void that we have that has been created through colonisation, and through all the things that have happened in the last 230 years. And I think revitalising It is so important because it starts to repair that void that's been left.

07:51
What does it mean for you to be able to speak language on Country?

Have you had any contact with Wonnarua language materials held in libraries and archives?

No, I can't say I've had much contact with resources and archives that are out there. Currently. I think the way that it operates currently - obviously, all this is changing that intrapreneurs shift - it's not accessible for people who aren't operating in academic spaces. It's kind of elitist, because people who aren't in university or aren't, you know, haven't pursued further education, or even finished high school, they don't have access to those kinds of things. And then it's all on if it's on online, it's a little bit harder, or if it's hidden away in libraries and stuff like that. Not everyone can access that kind of stuff. And so before all of this, even for myself, because I'm only just in uni(versity) now as well, I wouldn't have been able to operate those systems and navigate those areas to find what I was looking for. And so I think this is really important, as far as making it a lot more accessible to everyone at all levels. And I hope that a part that I can play eventually is being like studying communications and media that I can have a part in making it more accessible for all levels of people so that they're not restricted by - you know - whether they have or haven't pursued a certain type of Western education so that they can, it doesn't matter. It's going to be accessible and it's going to be eventually, hopefully, just on everyone's level, if that makes any sense.

10:12
What is your hope for the future of the Wonnarua language?

Well, I hope that if people want to learn their own language that they can - kind of simple - but that's what I hope is that if they want to seek that out that it's there, and they can do that. And then - that it's more sort of passed down in a way that...it just comes naturally to pass language down, eventually. That it's something that we don't have to try hard to revitalise it like, eventually this will be in place, and then from now on for generations, that it's there. And I will learn it. And then if, you know, if I have kids, then they will learn it. And then so by the third generation, it sort of just comes naturally, or by the fourth generation, it comes more naturally, and it's not so difficult to find what you're looking for, and then to pass it on. Because at the moment, I think that that's, I mean, that's why we have to do all of this now. So that for generations to come, it's just easier. It's just easier for them. 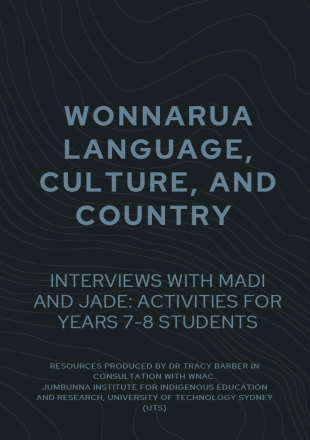 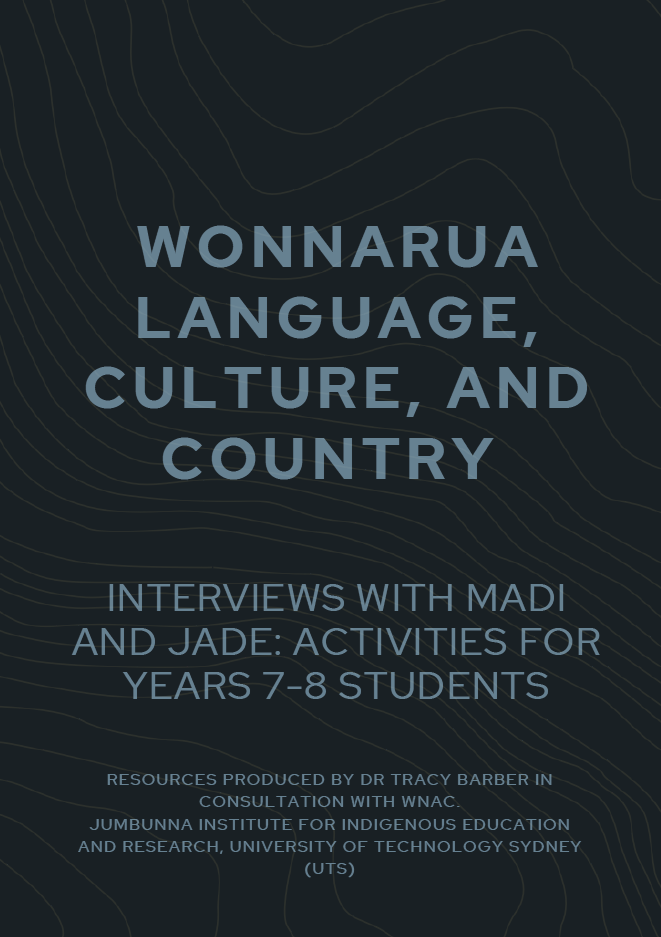